The Pick is In: Sean PAYton

The Pick is In: Sean PAYton

So I hate to play revisionist history but I must.  I have the screenshot to prove it somewhere as well. For the basis of my lock article last week, I used Cowboys -2 because that is what the line was when I woke up to write my article.  The Joke is on all of you though because I took them at -1 Earlier in the week.  For content purposes and my small, micro internet footprint, I had a push in what was a bad beat for a lot of folks but in my actual wallet, WINNER WINNER CHICKEN DINNER NEVER A DOUBT.
Onto this week.
SAINTS TEAM TOTAL OVER 30.5
The Saints are Averaging 34.1 points per game at home this year, and STILL over 31 when you factor in their road average.  In making bets, when you take overs and unders or point spreads, you rely on certain things.  The tempo of the game, whether it is a blowup, missed opportunities, etc.  In this case, all you have to do is think about it this way.  The Saints, at home, do they score more than 5 Touchdowns?  I think that this is a no brainer.
I could go on and on about Drew Brees, but lets talk about Sean Payton.  This dude is fired up to coach this game. 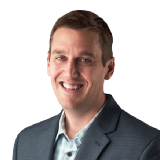 Sean Payton rejected idea that Saints didn’t take their “foot off the gas pedal” in their first meeting with Philadelphia, which they won 48-7. And he really rejected the idea that it will be motivation for the Eagles on Sunday. “It’s a divisional playoff game, so my question would be — we’re all playing hard in these divisional playoff games, right? Are you gonna play harder? Alright, next good question.”

This is a Belichick-esque quote and I love it.  Also, see above total score in the last time these two teams played.  I don’t think the Saints will necessarily get that high and I actually like Philly to move the ball and certainly score more than 7, but the Saints are going to score over 31 points.

Coach Payton also applied some non-Belichick-eque motivation though.  I think this will resonate as well.  This is the power move of the century and if you think Collin Cowherd is cocky in the photo above, I can’t wait until Sean Payton rocks a similar suit in ACTUAL money once the Saints win it all.

The locker room erupted. $225k is each player’s SB bonus. #WHODAT
TL;DR
You are essentially betting on a team to score their average amount of points per game, after a bye, in a playoff game, with a coach who is going for the jugular(and a bonus) with Drew Brees at Quarterback.   This is the lock of the century.