The Rise and Fall of Nicolas Cage

The Rise and Fall of Nicolas Cage

Today, many of you recognize Nicolas Cage as the Hollywood powerhouse known for churning out shitty, straight to DVD movies. True fans, however, know that there was a time where Nicolas was on top of the movie industry. No one really knows the exact number of movies Nicolas Cage has starred in, but Google says “at least 95”. Seriously, that’s what it says. Google doesn’t even know the answer. With such a large resume, it’s hard to pinpoint exactly where his career took a dive or why he decided to pursue quantity over quality, but for a while the only thing he produced was pure gold. Let’s take a look back at his career to see the rise and fall of Nicolas Cage.

You gotta be quick, but if you pay attention to the scene where Brad gets canned for threatening a customer, you’ll see a young Nicolas Cage working as a line chef. No lines. Just Cage. This quick cameo would be his theatrical debut.

Nicolas Cage’s first leading role, this is the classic teenage love story about total opposites falling in love. He’s a punk from the city, and she’s a preppy girl from the valley. Society doesn’t want them together, but love doesn’t care what society thinks. This is when we’re introduced to the badass romantic side of Nicolas Cage.

In this Coen Brothers cult classic, Nicolas Cage plays an ex-con who kidnaps and tries to raise a baby with his ex-cop wife. This is where we meet Cage’s comedic side.

When Nicolas Cage hits your eye like a big pizza pie that’s Amore! Who doesn’t love a classic New York Italian love story? Both funny and romantic, Nicolas Cage stars across Cher as an Italian Stallion who will charm your pants off.

We’ve all been with a biter, but Nic Cage’s one night stand with one leaves him convinced that he’s becoming a vampire. This comedy is where we get our first taste of the crazy side of Nic Cage and where we get the famous crazy Nic Cage meme.

This might just be Nicolas Cage’s most accomplished role and the end of his rise to to the top. For his role as an alcoholic author who falls in love with a prostitute in Vegas, he received a bunch of awards including an Academy Award (which he has since “misplaced”).

Banking off his success in Leaving Arizona, Cage would spend the next few years releasing hit after hit. But during this phase, Nicolas would make his transition from romance and comedies to an elite action star.

What do you do when a group of rogue marines take hostages on Alcatraz island and threaten to attack San Francisco with deadly nerve gas? Simple. Send in the legendary Sean Connery and Nicolas Cage to save the day. Here, Nic plays an FBI chemist who’s never even held a gun yet somehow becomes the unlikely hero. His rise to hero status makes this an underdog story for the ages.

This one truly tested Nic Cage’s acting abilities. He starts the movie off as an eccentric terrorist, and transitions to the vengeful FBI agent trying to save the day and his family when he switches faces with John Travolta. The surgery was ahead of its time when this movie was released but the entertainment is timeless.

In this classic, Nicolas Cage plays former U.S. Ranger, Cameron Poe, who seems to find himself in the wrong place at the wrong time. This is exactly how he earns a seat on a flight full of the world’s most dangerous inmates who then take over the plane in an attempt to escape. What they didn’t plan for was good guy Nic Cage to take down the plane. If only they put the bunny back in the box.

Stealing 50 cars in one night is an impossible job, but not for master thief Nicolas Cage. If you like fast cars, high speed chases, and Angelina Jolie, then this is the flick for you.

Just when we thought Nicolas Cage was becoming solely an action star, he throws us this little gem.  In this holiday classic, Cage plays a Wallstreet hot shot who, with the help of his guardian angel Don Cheadle, wakes up one morning to explore the life he never lived. It’s a modern take on It’s a Wonderful Life and in my opinion has become one of the best Christmas movies of our generation.

In an effort to stop mercenaries from stealing the Declaration of Independence, Nic Cage must steal it himself. This action packed thriller is the most exciting history lesson we’ve ever received.

The Beginning of the End

Over the next few years, Cage would continue to release more and more movies, and while they’re not completely terrible, they do start to decline in quality. During this time, we see Cage try to continue some big franchise movies, take on some large projects, and start to move even more toward Scifi and Action. These have all worked for him in the past, but the plots for these movies just don’t seem to entertain us the same as his previous movies.

In a world where Marvel dominates the movie industry, this movie didn’t seem to have the same success as the other MCU titles. With a release one year before the original Iron Man movie, it’s very possible that this was just ahead of its time. Nicolas Cage playing a fully ablaze motorcyclist fighting evil as the Devil’s personal bounty hunter has all the ingredients for a hit, but the movie just wasn’t as good as it should have been.

This is one of those movies you’d see because it has a good actor in it even though the plot sounds kinda whack. As a magician who can see the future, Cage needs to help the FBI prevent a nuclear terrorist attack. Watching an actual magician probably would have been more entertaining.

How do you top stealing the Declaration of Independence? Easy. Steal the President. After the success of the first National Treasure, there’s no way he couldn’t do another one, and he was right. This one killed it in the box office and although it wasn’t as good as the first one, it was still pretty good. I don’t care how many bombs he makes, I still want to see him steal the moon in the third one.

This one is too close to Next for my liking, but this time, no Jessica Biel. Here he plays an MIT professor trying to predict and prevent a major catastrophe. Too bad he wasn’t able to predict this failure.

Nicolas Cage with super powers didn’t go very well the first time around, but how about Nicolas Cage as a super hero without super powers? Now that’s a combo that works. This movie does just as the title says, so much so that they made a second one. The only tragedy there is that Cage wasn’t in the sequel.

One step forward and two steps back. Maybe I’m just not into witchcraft but as we saw in Next, Cage shouldn’t be playing with magic. If you must use magic, then cast a spell to undo this mess.

Cool it with the magic Nic. It’s getting embarrassing. To make matters worse, they made his character look exactly like the guy from Nickelback.

Four years after his first run as a super hero didn’t go very well, Nic decided to double down and give it another try. Maybe we were wrong the first time. Maybe he really is the superhero we deserve. We weren’t wrong. We didn’t deserve this.

Since the second Ghost Rider movie was released, Nic Cage has starred in over 25 additional films. You probably just did the math to discover that’s about 3 movies a year, but your math is wrong. Cage kept a normal pace at first with about 2 movies a year, but really boosted up production releasing 4 – 5 movies each year for the past 4 years. I’d like to say that there’s some secret gems in there somewhere, but the truth is, these movies are only mediocre at best. Chances are you haven’t seen them all since there’s so many, but just look at the titles and tell me I’m wrong. 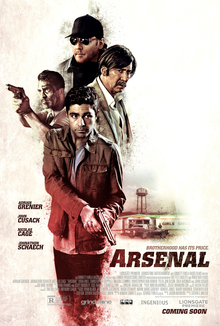 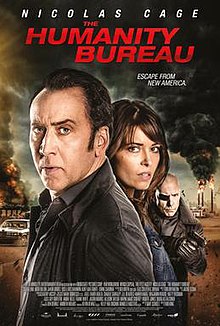 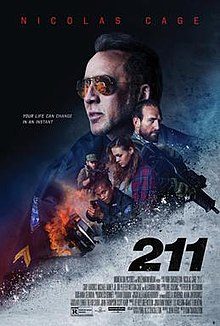 He may have had a bad run these past few years, but we still have hope. Every now and then you can catch a glimpse of the quintessential Cage, which leads us to believe he’s still in there somewhere. And if there is any cage left, then there’s potential. All he has to do is take a break every once in a while and dial back the number of movies he makes. Actually, reading the script before accepting the role might be all it takes. Even a major reboot of one of his hits or a third installment of the National Treasure series could really bring him back to life. But for the love of God, not another Ghost Rider.